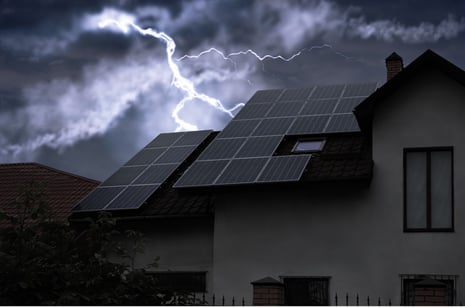 Happy World Ozone Day – A day to celebrate our planet and the progress we've made in protecting the ozone layer. We can continue to do our part by utilizing clean energy resources like solar power. Read the full article to learn more.

September 16th is World Ozone Day, a day to celebrate the signing of the Montreal Protocol, an international agreement that has been hugely successful in repairing the ozone layer. The protocol was signed in 1987, and since then, the ozone hole has shrunk by more than one and a half million square miles. This is equivalent to taking two-thirds of the United States off the map! There is still work to be done, though. The Montreal Protocol only controls a handful of the chemicals that can damage the ozone layer, so we must continue to be vigilant in preventing further damage.

The ozone layer is constantly being created and destroyed. Ozone is created when UV radiation from the sun interacts with oxygen molecules in the atmosphere. This process is called ozone photolysis. Ozone is then destroyed when it reacts with other chemicals in the atmosphere, such as chlorofluorocarbons (CFCs).

The Montreal Protocol primarily focused on the phasing out of the production of CFCs and other ozone-depleting chemicals. The treaty has been incredibly successful, and since its ratification in 1987, the production of CFCs has fallen dramatically. As a result, the depletion of the ozone layer has slowed and is expected to eventually stop.

The ozone layer protects us from the sun's harmful ultraviolet rays, and we've made great strides in reducing the amount of damage it sustains. Solar power has played a significant role in this progress. As more and more people switch to solar energy, we're helping to heal the ozone layer and create a cleaner, healthier world for everyone.

Making the switch to solar power is a great way to help the environment and save money. If you are considering making the switch, contact DFW Solar Electric today. With so many benefits, there’s no reason not to go solar!

Call 972-827-7651 today, and we’d be happy to answer any of your questions and help you get started on your journey to renewable energy.