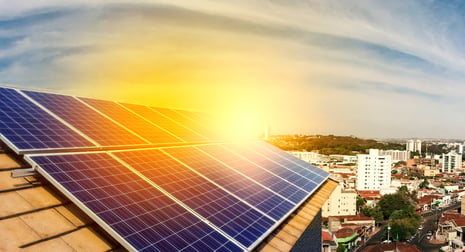 With modern battery storage systems, home solar panels can not only provide electricity during peak production hours but 24/7. Read the full article to learn more.

More homeowners than ever in the U.S. have equipped their homes with solar panels. That number is expected to triple, from just four percent of U.S. homes to nearly 13 percent, by 2030.

Homeowners can have any number of reasons for wanting to equip their property with solar panels. Some find the move an ecological imperative and a small way to contribute to the hopeful obsolescence of fossil fuels and a cleaner, greener future. Some simply want to save money by reducing their reliance on local power grids.

Whatever your reasons for considering the switch to solar, recent advances have not only made solar power more affordable than ever, but also more practical and reliable. With modern battery storage systems, home solar panels can not only provide electricity during peak production hours but 24/7. At night? Stored solar energy. During a couple of cloudy, stormy days? Solar energy. During a mass-scale power outage? Still solar energy.

How We Got Here

Solar panel technology is hardly new, but other than affordability and accessibility, one major issue has held the technology back from wide-scale implementation: the natural ebb and flow of solar energy output.

Considering the basics of how solar panels work, the problem quickly becomes evident. Solar panels absorb visible light from the sun, which energizes chemical reactions in solar cells and converts light energy into electrical energy. But if you know anything about circuitry (or even if you don’t), you probably know that electricity can’t just sit there. Instead, it needs to move along a pathway in the form of an electrical current unless it’s otherwise stored.

Early adopters of solar energy experienced this issue firsthand. Sure, if they were home in the middle of the day, they could produce more than enough electricity to power their home. But when are most people outside the home? During the daily nine-to-five, to be sure, in most cases.

Then, after arriving home from school and work and finding they still needed electricity, those solar-equipped homes would find themselves still pulling energy from the local power grid. Of course, many electric companies have a compensation system for excess energy generated during the day and pumped back into the power grid. However, that system is still subject to the whims and wobbles of electric rates. If you’ve been paying an electric bill for any amount of time, you know how inconsistent those rates can be. Isn’t that one of the reasons you installed solar panels in the first place.

One of the less flashy but incredibly impactful technologies of the last 40 years is the lithium-ion battery. Most cell phones are powered by them, as are other portable consumer electronics, and the drive for ever smaller and more efficient batteries has been a boon to the solar power industry. Rising tides raise all ships, as they say.

Batteries of the same type can now be added to a home’s solar panel installation. Since portability or sheer size is less of a concern, your rechargeable solar batteries can hold astounding amounts of electric potential.

When you partner with DFW Solar Electric for a reliable, personalized solar power solution, we’ll first examine your home’s structure and roof and then analyze your average power usage. The result is that we can provide you with a bank of solar-powered batteries that can provide a steady, continuous flow of usable electricity or a reliable emergency backup of electricity should disaster strike.

For example: Texas experienced an unprecedented winter storm in February 2021. Temperatures plummeted to nearly zero, and the massive increase in energy demand to heat homes led to rolling blackouts for much of the state. In some cases, homes went without power for days. Unfortunately, many people died from cold exposure or accidental disaster in desperation to get warm.

With solar panels and a reliable system of batteries provided by DFW Solar Electric, you can avoid ever being in the same position. Most solar bank systems can provide plenty of energy to last through the few coldest days Texas experienced last year.

The same goes for reverse situations, too. Weather patterns are becoming more extreme and natural disasters more frequent. A solar panel and battery system could also provide enough power to cool your home during the hottest months of summer, another likely time for rolling blackouts or other grid issues.

There are many ways in which it’s good to rely on other people and to build strong social bonds and mutual trust. During extreme weather, you and your family’s safety is a worthy exception to this ideal. Contact DFW Solar Electric today and let us know you want energy independence for your home. Along with the peace of mind that a reliable, clean stream of home electricity brings, solar power can save you a great deal of money too. Give us a call at 972-817-7651 or visit https://dfwsolarelectric.com, and we can get started on planning your solar power and storage system. The time is now.